Rails glow red hot and fire still smolders Tuesday at the site of a derailed oil train in Fayette County on Tuesday. A home was incinerated in the oil-fueled fire after the derailment, leaving only its foundation. A man escaped from the home and was treated for possible respiratory problems./Photo by Charleston Daily Mail

The Charleston Daily Mail reports that ice may have kept the oil from contaminating the Kanawha River:

The frigid temperatures and rapid snowfall that slowed the emergency response to an oil train derailment near Mount Carbon on Monday may have helped contain the oil that spilled, according to CSX and state officials. 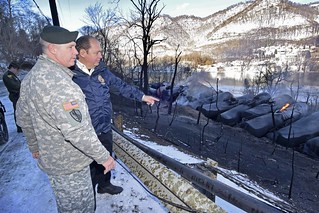 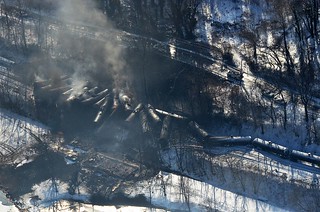 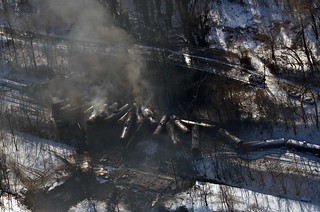 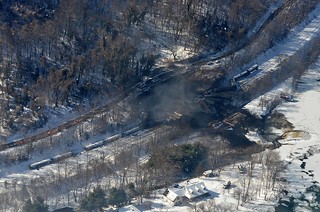 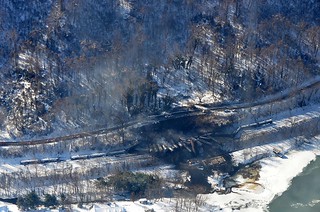 1 thought on “Aftermath of Oil Train Derailment in West Virginia”